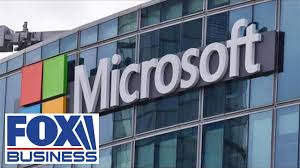 Coming as a little rejoice for Amazon, a federal judge on Thursday asked Microsoft to temporarily suspend the JEDI cloud contract awarded to it, while responding to a lawsuit filed by Amazon. The Joint Enterprise Defense Infrastructure contract worth about USD 10 billion for services to be rendered over a period of 10 years was awarded to Microsoft in late October last year. Amazon had filed a lawsuit last month asking for a testimony from Donald Trump and Defence Secretary Mark Esper explaining how the contract was awarded to Microsoft and not Amazon.

While Amazon rejoiced the ruling, both Microsoft and Department of Defense expressed dissent with the judgement. The judge also ruled that Amazon Web Services, should be responsible to pay up to USD 42 million in costs and damages in case it is proven that the injunction was issued wrongfully. Amazon has been given time until 20th Feb to file a notice with the court indicating that they have the said amount. Microsoft and Amazon have both received time till 27th Feb to respond to the initial judgement. Amazon’s initial lawsuit had claims of “unmistakable bias” while awarding the contract. Donald Trump openly speaks about his dislike for Amazon which well might go in favour of Amazon in this case.

Talking about Amazon, Jeff Bezos has been on a stock selling streak this month as he has managed to sell shares of Amazon worth approximately USD 4.1 billion in just the last 11 days. The transactions were reportedly pre-planned as Bezos attempts to raise funds for Blue Origin, a space travel company that has Elon Musk’s SpaceX as its counterpart. The most recent transaction was recorded on Friday as Bezos sold shares of Amazon worth USD 579.8 million as per the filings with SEC.