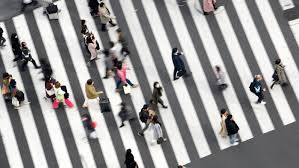 The quarter ending in December has left Japan with more questions than answers as its economy shrinks at the highest rate in almost the last six years. The slowed global markets due to coronavirus outbreak in China coupled with the new sales tax hike in the country, that has dented a major blow to consumer and business spending, have brought the country on the verge of recession now. According to analysts, Japan’s production and tourism have been hit hard due to the outbreak in China and the situation could worsen further if proper measures are not taken immediately in the coming months.

Taro Saito, a research executive from the NLI Research Institute, stated that Japan’s economy is expected to shrink further in the current quarter as the domestic consumption, inbound tourism, and exports likely to continue bearing the brunt of the coronavirus outbreak. He underlined the Tokyo Olympic Games as the deadline for Japan to rescue themselves from hitting recession. Japan’s GDP reduced by an annual 6.3 per cent in the last quarter, marking the greatest drop since the second quarter of 2014, when another sales tax hike was announced. Japan is not the only country to suffer economically in Asia amid the virus fears as Thailand too posted its slowest expansion in over five years, while Singapore cut down its initial growth expectations in 2020.

Japan, however, is trying hard to fight the virus fears as it begins testing the HIV drug that could help treat the coronavirus patients. The number of people affected by the virus in Japan is increasing with the passengers of cruise ship Diamond Princess continuously getting tested for the virus. Japan are desperate to come up with a solution for controlling the outbreak and help itself revive its recession-bound economy.