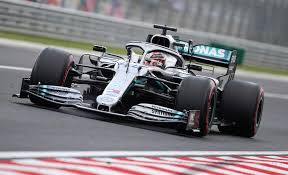 The pulling and the pushing of the steering wheel altered the alignment of the front wheels. Lewis who is a 6 time world champion in Formula 1 seemed to push the wheel in the corners while he pulled in on the straights.

James Allison who is the technical director at Mercedes has told that that the new technology is aimed at increasing the speed in the straights and increasing the grip in the corners to ensure safety and reduce time as well. This is the view of the experts after seeing the practice session. Mercedes seems to keep it secret so that it is not revealed to the other competing teams. He hoped that the cutting edge technology would be very helpful for the Mercedes Formula 1 team this year in winning the championship.

In the Formula 1 the testing sessions have no regulations that the teams must adhere to. So sometimes the teams try out their new developments in technology to see the effects of it on the car and the lap timings.

When the media asked Allison on whether the technology would be deemed illegal according to the FIA rules for grand Prix he told that he believes that the technology has been developed with the safety factor in mind and it should be within the rules.

He said that he was very much sure that the new steering wheel would meet the requirement standards. It remains to be seen whether it is accepted by the FIA and what exactly is its function.