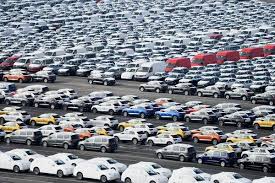 According to the latest data released German economy, in general, had another disappointing quarter ended in December 2019. Official figures suggest that the economy had grown by a whisker in the last quarter of 2019.

The GDO of the country was almost the same as that of the previous quarter. The German economy has been a victim of the trade bans between the European Union and the US and so its exports have been hit. In the previous year it came to the surface that big European economies like Germany, France and Great Britain had various concessions to the largest European aircraft manufacturer Airbus to sell its planes at a discount to the rival Boeing.

This encouraged the US authorities to ban certain products that the US imported from European countries such as wine and cheese. German economy which was a part of the unfair trade practices has been hit by harsh relations with US which has resulted in a decline of its exports.

The GDP grew by just 0.4% compared to the same quarter in 2018. Although some sectors and companies recorded a growth in their business and revenues when rounding of the net growth was found to be at 0%.

The main reason for the declining economy was the decline in exports. The investment is done in machinery and equipment also declined during the quarter from October to December.

The statistics office in Germany which released the figures did not clearly define any particular reason behind the stagnant economy but it is being suspected that the tension in the international trade is the main cause behind the economy not growing for the country which is considered to be having one of the largest GDPs in Europe.

Experts’ analysis suggests that the manufacturing sector is under a cloud and is facing unknown conditions due to the trade tensions between Washington and EU due to which they are not manufacturing more goods.