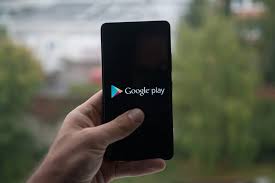 Huawei, apparently, won’t be fighting a lone battle against Google Play Store as other Chinese smartphone companies, Oppo, Vivo, and Xiaomi have come together to build a platform that allows app developers to upload their app across all platforms. The coming together of these Chinese smartphonecompanies is termed as the Global Developer Service Alliance (GDSA). The move is dubbed as an attempt to pose a challenge to the global dominance of Google Play Store, much in line with Huawei’s attempts of developing its own smartphone environment.

Google Play Store is banned in China which has prompted the Chinese smartphone users to opt for other app stores, mostly powered by Huawei and Oppo. Globally though, the picture is completely the opposite. Google Play Store has a massive user base which invites developers to post more and more apps for smartphones on it. The GDSA now could challenge Google’s monopoly in smartphone apps as it could attract developers across the globe to post their apps on the new app stores. The GDSA does not aim to go global right from the word go though as its website underlines that the platform will primarily target users in Russia, India, Indonesia, and Malaysia.

Huawei challenging Google and America challenging Huawei has become the new normal now. With Huawei partnering with other Chinese smartphone companies, Donald Trump has reportedly asked Huawei rivals like Nokia and Ericsson to come up with ample technology that can be good enough to challenge Huawei’s 5G. U.S. Attorney General Barr expressed concern towards Huawei being one of the only companies as of now to manufacture 5G networking components, a fact that United States have to keep in mind before asking international unions to imply a blanket ban on Huawei and its components.