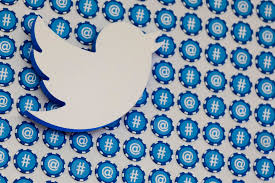 Twitter shares shot up by over 18 per cent Thursday after the company reported its quarterly earnings. The fourth quarter of 2019 is reported by the company as the most successful one after the company managed to attract the largest user growth in a single quarter. Twitter has been working hard to make itself a user-friendly social media platform by removing bots and abusive users that have been the biggest blot on Twitter ever since its inception. The company has also managed to report a quarterly revenue of USD 1 billion for the first time to comfortably surpass the expected mark of Wall Street.

Twitter has revamped itself big time to make itself more user-friendly as it introduced new ways that allow users to check what’s trending and connect with the topics of their interest. The average monetizabledaily active users (mDAU) grew for Twitter to 152 million during Q4, up from 126 million a year ago. The 152 million mDAU was also better than the expected 147.5 million mDAU of Wall Street. Revenue saw a growth of 11 per cent to breach the one-billion-dollar mark and read USD 1.01 billion, better than the USD 996.7 million Wall Street estimate. The company’s shares were down by 17 per cent in the last six months after Twitter revealed a flaw that allowed advertisers to see details about their campaign. The positive report still hinges Twitter CEO, Jack Dorsey’s future travel plans to Africa.

Twitter was down yesterday after users reported that they were unable to send due to an error showing up ‘broken tweet’. Twitter had soon fixed the issue but users were still able to send out tweets during the outage using the scheduled tweet feature. The outage was due to a change in coding, which was later undone.