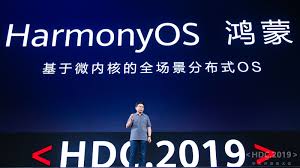 Huawei continues its attempt to create its very own app ecosystem as it is now offering USD 26 million to developers asking them to develop apps for its platform. The US-China Trade War has inflicted some severe damage to Huawei’s business and has also left the company without the support of tech giants Google. Huawei has been developing its own operating system, the HarmonyOS, and it is expected to be ready for large scale deployment by the mid half of this year.

Huawei has taken a hit in international sales after the Google ban although the company did manage to go a notch up in China. The unavailability of Google apps, despite the luring hardware on offer, has made most of the Huawei and Honor devices a reject in the international market. To counter this Huawei has planned to invest USD 26 million in the development of apps for its own OS. While speaking at an event in UK, Anson Zhong, Huawei UK’s MD, stated that developers will be able to claim a maximum of £20,000 as an incentive for uploading an app to Huawei’s app gallery. Jaime Gonzalo, Vice-president of European mobile services for Huawei, stated that Huawei is aiming to build a more secure app ecosystem that will have a lower number of ads and bugging notifications.

Talking of Huawei’s attempts to establish itself in the post-Google era, the company has recently announced an association with TomTom for maps and related services. The deal became publicly known when RemcoMeerstra, a spokesperson for TomTom announced it. Though very little details were revealed, it is clear enough that Huawei will be utilizing TomTom’s map services in the new apps it is planning to develop for its OS.