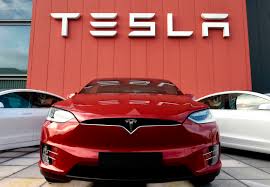 Acting on a petition reported by independent investor Brian Sparks, a division of US Department of Transportation has started investigating complaints against Tesla cars accelerating on their own. According to CNN, Sparks registered a petition with the National Highway Traffic Safety Administration (NHTSA) asking them to begin investigating the complaints registered by the Tesla drivers. The petition included 127 complaints that underline 110 crashes leading to 52 injuries due to unintended acceleration in Tesla cars.

The drivers have not just complained about the unintended acceleration in the cars but have also stated Tesla’s negligence to be a problem as well. The drivers have complained that Tesla did not give any clarification as to why the cars were accelerating on their own. As per NHTSA, the allegations could imply to almost 500,000 Tesla vehicles including 2013 to 2019 models of 3, S, and X sedans and SUVs. Post investigation, NHTSA will decide whether or not to initiate a company-borne recall of the affected vehicles. If not, then NHTSA will also state a reason officially for the same. Ajit Alkondon is the NHTSA officer assigned to evaluate this particular petition. Previously, for similar complaints, NHTSA had found out that the problem was due to driver errors and not any car defect.

Talking about Tesla, Elon Musk recently announced that the company will be setting up a design studio in China. An image was also released explaining what could be researched at the design centre in China. The concerned image could well be used as a reference for future Tesla cars in China. The idea came up following Elon Musk visit to China at the Gigafactory. Musk also announced that the company is running ahead of their schedule to deliver Tesla Model 3 Sedans in China.