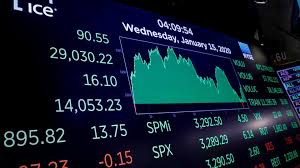 The phase 1 deal for trade between the two biggest economies of the world China and United States is supposed to be signed on Wednesday at the White House however the negotiations for the phase two of the deal may go on for a lot of months.

Steve Mnuchin who is the Treasury Secretary in the United States on Sunday said that the commitments of China during the Phase 1 deal had not changed in the lengthy process of translation and are going to be released in the week.

A report on Saturday had said that both the countries and their administrations have made an agreement at having talks semi-annually at the pushing for the reforms in both of these countries and resolving the disputes that are existing. The prices of gold had gained by 18% in the previous year on the back of a trade tussle that has been there between the economies and there was an impact that was felt all over the world on growth. The shares in Asia had paused the peaks ahead of the signing of this trade deal. The index of dollar had nudged a bit higher as there was optimism ahead of this deal taking shape and this had made gold a lot more expensive for the buyers who were using currencies apart from dollar

The tensions between United States and Iran heightened as the administration in United States had rejected the request by Iraq to pull their troops out.

The demand for physical gold had seen an improvement in the last week as the prices had slipped from the record peak level, they were at earlier though the demand in other regions had been dented.