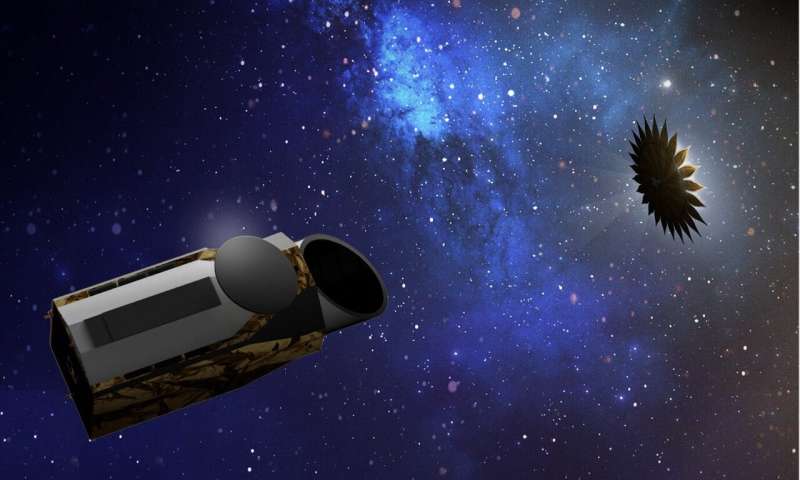 Exoplanets are the current major target of NASA astronomers and they have thus proposed an idea of constructing a massive, folding space telescope to explore the newer ones being discovered. The Habitable Exoplanet Observatory (HabEx) is a 4-meter-wide mirror that could help observe clearly and distant Earth-like worlds. The astronomers basically want to gather evidence that exoplanets can support life and humans can have a future settlement there. The HabEx’s most eye-catching feature is its 52-meter-wide sail that could filter out light coming from the far-off stars. The lights being emitted from the distant stars generally makes it difficult for the astronomers to spot the exoplanets located nearby.

The HabEx is believed to block the lights from the stars using its extra-long sail and later, take images of the surrounding area or objects. The new technology is one of the four projects that NASA has declared to be a part of the next great observatory. The source of funding is the current issue for NASA. By 2021, the space telescope would have enough funds such that it could be launched sometime in the 2030s. HabEx is the cheapest exoplanet-hunting mission compared to the others. The positivity surrounding the project is high as the space agency is working toward gathering cash for the kick start of the project.

Similarly, the current concern is the piling up of the exoplanets that are being discovered at a faster rate. The astronomers are finding it difficult to separately study each of them. There are over 4,100 exoplanets that have been discovered and the idea of studying them virtually is extremely impossible. The exoplanets are being targeted owing to their Earth-like nature, which has increased the possibilities of life there. The exoplanets could help unravel certain hidden facts about the cosmos. It is high time the space agencies like NASA and ESA start hunting for easier means to study the discovered exoplanets.

With a degree in Computer Network Architects and a Creative Writing course, William Conner has created a prominent place in the writing world. William has the apt skill set along with interest to write blogs and articles that has made him the choice for handling the complete Technology domain of our portal. It has been more than 3 Years that William is connected with us and has a commendable progress graph. William pours down his thoughts and skills in writing blogs, articles, and reports related to the Technology world. It entails new updates & rollouts, reviews, opinions, newly launched devices & gadgets, conferences, tech companies & startups, events, and much more.

View all posts by William Conner →